How Syed Ahmed Al Hasan (as) recites the Qur’an

How Syed Ahmed Al Hasan (as) recites the Qur’an

Does Syed Ahmed Al Hasan (as) pronounce any words of the Quran differently to the mainstream Muslims?

If so, which ones are they and how does he pronounce them? 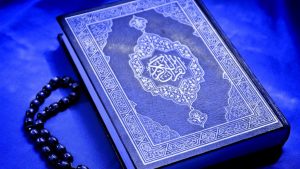 Anis Staff answered 1 month ago
There are a number of instances in which the Syed (as) has given the recitation of certain words of the Qur’an which were not well known, however, they are as per the narrations of the Ahlulbayt, whose references are all commonly available and can easily be found on the internet with some simple searching.

Firstly, it is important to note that the Syed (as) states in his book شرائع الإسلام that no mistakes are made during recital of the Qur’an during salaat (taken from p. 47). Hence, one should not expect him to contradict his own teachings.

This means that the way he recites is what has been transmitted from his forefathers and the onus is on others is to now conform with what he is teaching, since he is the Qaim of Aal Muhammad that is narrated to correct what everyone else was doing.

It is obligatory, and he will specify to pray Alhamd (Al Fatihah) in every two unit prayer, and in the first two units of a four unit and a three unit prayer. It is obligatory in its entirety, so prayer is not correct if there is any gap, even in one letter intentionally, even if it was the tashdeed (emphasis on a letter), similarly for the grammar (end diacritic of a word). And the Bismillah is one of its verses that need to be recited with it (Alhamd) and the one praying cannot simply translate it (recite its translation as opposed to the Arabic).: (p. 47)

Further information on where the Syed (as) has corrected the commonly held recitation.

1. Pronunciation is corrected, but meaning does not change

For example this verse in Surah Al Najm, verse 22

This was taken from one of his audio recordings.

2. A missing section is restored

Allah, there is no go but He, the Living the Standing

Neither does slumber nor sleep overcome Him

His is whatever is in the skies and the earth and between them and beneath the earth, knower of the unseen and the visible, the always merciful, the intensely merciful

And He is the Most High, the Mighty