Frequently Asked Questions › Category: Beliefs › Does the Hujjah need to speak all languages?
0
Vote Up
Vote Down

Some people narrate and believe that the Prophets and Imams could speak every language.

How much truth is there in this belief? 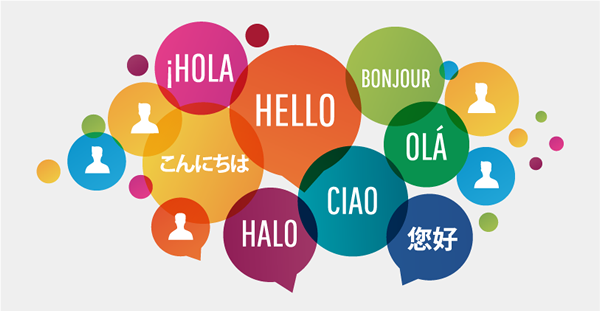 Imam Ahmed Al Hasan (as) has addressed this in the book entitled ‘With the Pious Servant vol. 2‘ and the answer has previously been published on the almahdyoon.org site (كيف نجيب على من يدعي ان هذه صفات المعصوم وليست معجزات وقتية ؟؟)

The key points are:

The Ansar (supporters of Imam Ahmed Al Hasan (as)) should know that tenets of belief (aqa’id) are not derived from just any narration, even if it contradicts reality*.

Some ignorant turban wearers (scholars) will come to them and say, “This narration states ‘The infallible has some habits and qualities: he does not have a shadow, his foot leaves an impression in stone, he knows every language’ and those are not as temporary miracles – i.e. may or may not occur, with Allah’s will – in fact, these are habits and qualities established for Allah’s vicegerent.’ That is what they say.

This is invalid and it clearly contradicts reality, and only a dunce would say that. Otherwise, if the tenets were derived from every narration, would they also believe that infallibles (pbut) were not conceived from the wombs of women, as per some narrations?!

I want all Ansar to know a rule: tenets are not arbitrarily derived from such narrations. Also: Ansar shouldn’t say, ‘We accept every narration’. This statement is invalid, and who ever says it is wrong – there is no difference between them and those who whimsically reject the narrations of Aal Muhammad.

So, whoever accepts the narrations of those who exaggerate (ghulaat) them, or even accepts false narrations, then there is no difference between them and someone who rejects a narration which is truthful with regards Aal Muhammad (pbut).

Then we come to the tenet that the infallible possesses the following qualities, on a continual basis: ‘he does not have a shadow, he leaves a footprint on stone, he speaks all languages’. Is there any scholar of a shia doctrine that affirms this tenet? This is the question that is directed to any who claims that these are the qualities of an infallible.

In reality they bring abandoned narrations from single narrators, which the scholars of doctrine do not accept, so how can they believe in them and on what basis did that happen, since it is a dangerous doctrine?!

As a result, if their doctrine is not correct, then they will be at war with the Mahdi (pbuh) with this false doctrine, so firstly, they must affirm these tenets with proof that they are acceptable according to their sect – which should be solid evidence, such as oft-repeated (mutawaatir) narrations or clear Qur’anic evidence, or sound logical proof. They possess nothing of the aforementioned, in fact their scholars reject such narrations – since, they are unacceptable as a doctrine – in fact, there are other narrations that completely contradict them, whilst reality is also in contradiction to them.

So if Moses’ (pbuh) qualities included (for example): that his feet leave a footprint in stone, why then does he need the staff etc? Did his feet not leave an impression on the stone in the Pharaoh’s palace, according to them – what will he do with the miracles, then?!

Then the Imams (pbut): did their biographies mention that they would ruin the floorings of people’s houses with their feet (perish the thought), because their feet would leave a print in the stone, as these people portray?! By Allah, these trivialities do not even deserve a response: how can the Imam’s qualities include his continually leaving a footprint in stone? Is he a ‘bulldozer’ that he would walk and ruin people’s houses as well as the streets? What are these trivialities?!

These ignorant turban wearers with their void beliefs are now paving the way to kill Al Imam Al Mahdi (as), because when he appears tomorrow and prays in Kufa Mosque and does not leave a footprint in the flooring of the Mosque to ruin it, they will say to people, “This is not Al Mahdi Al Mahdi (as)”, for they only want a mahdi who, when he walks in the Mosque of Kufa from the door to the pulpit he should break the flooring of the Mosque with his feet, that leave a footprint in it. Then the people should change the flooring, at least once a week, and in his turn he would break it. All because they say this is a quality of the Imam?!!

In this way, with their foolish talk, they belittle people, just as Pharaoh (Allah curse him) belittled his people. Unfortunately Ansar do not exert themselves to read and think a little when responding to these foolish people.

Whoever comes to you with a statement that these are established and continual qualities for the infallible, and not just a miracle that occurs one time and may or may not occur, it may occur with a Hujjah and may not occur with someone else, like the staff of Moses, then they should present a solid proof, as I have said: either oft-repeated narrations, or the Qur’an, which are solid proofs, or a solid logical proof…they do not possess any of these (proofs).

Understand and focus on what I am saying to you: these foolish people should bring solid proofs that this is a continual quality for the Hujjah, and that they did not just occur with one Hujjah from amongst Allah’s Hujjahs, one time. It is a huge difference.

These are groups of ignorant people: Ansar must know how to deal with them.

When they come with these narrations, Ansar are not supposed to deal with them lenience, because these are not narrations that relate to epic events nor jurisprudential matters – they are narrations about beliefs and beliefs are only established with solid evidence.

Your opponent (interlocutor) should present evidence of their belief from their own sect, after that the discussion should be: do these qualities accommodate for the present vicegerent of Allah, or not?

May Allah give you more opportunities, you must close the gaps that are with the rest of the Ansar in responding to queries from the opposition, so it is necessary that Ansar strengthen themselves with regards current criticisms, so that so we can start on the new one.

There is a narration that says the Imams (pbut) are not born from wombs and that they are born from the right thigh, so do these people believe these also? Or is the matter mere whim according to them? Who amongst the Shia scholars of doctrine affirms this particular tenet? According to them, can any narration be taken as a doctrine?!

They say: having no shadow, not leaving any footprint on soft earth, but leaving a footprint in stone, are all part of the qualities of the infallible. As long as these are his qualities, we want to recognise him from these qualities.

Then if these are continual qualities for the Imam, as they claim, and not temporary miracles, then shouldn’t his feet that leave a print on stone, also include people’s homes and public places (!!) which the Imam enters whist they are strewn with stones?

Then, every time the Imam enters a house, he ought to damage the flooring by his feet leaving a print on the stone, and the people of the house would be forced to change the flooring. Then, should the Imam not compensate them for damaging their home?!! Or is it that those people’s homes are excluded from this quality, which the Imam possesses?!!

This would then be an inverse miracle: the Imam can change his continual quality, so that his feet do not leave an impression in people’s homes. Now, if the apparent interpretation of the narrations opposes the apparent meaning of the Qur’an what should we do? Do we not have to either reject the narrations or interpret them? Didn’t the Imams tell us to present them to the Qur’an and to abandon whatever contradicts it, since, they never say anything which would contradicts the Qur’an?

Ok, the Proofs (hujjahs) and the Vicegerents (khulafaa’) of Allah are humans who share physical human qualities with others, and as per the Qur’an, they do not possess special qualities (Say, I am verily a human like you, revelation is sent to me that your Lord is one god. So whoever wishes to meet Him, let him do good deeds and not ascribe worship to anyone else along with him) [Al Kahf (The Cave): 110]

Before he ascends with his deeds and his sincerity, can the Hujjah not get these miraculous qualities?

If they say: ‘no’, then they have broken their yarn and the matter has come to an end and it has become clear that they are temporary miracles that may or may not occur and they are not continual physical qualities that are always with the Hujjah in every condition and forever.

If they say: yes, they were with him before he was tested in this world, and his sincerity is established, and he ascends to a station that he is worthy of for the message (he conveyed), after he has been veiled in this realm with a body, and that his feet always leave an impression on stone, and he does not always have a shadow, from the perspective of these being physical persistent qualities, then, where is the test for this human who has attained a superiority through miraculous continual signs, which he always had.

Then is it fair that this Hujjah, who comes with miracles from the outset, is given a reward and recompense like the believer who gets tested with desires but he not possess any miracles from the outset in the way that came with the Hujjah, let alone, (the Hujjah) getting special preference over him? Where is Allah’s justice, then? How can there be justice amongst the creation in entering the exam, when one of them is entering with all the answers and more, and the other has no answers but only questions and he must find the answers himself. To make matters worse, the one who has the answers is given a bigger reward than the who is wronged when he was not given the answers?!

In reality, these doctrines uncover the absent mindedness of the ones who believe them, further, the absence of their belief in the Qur’an and in the justice of Allah, be He Glorified and Most High.

*the reference to contradicting reality is because many Muslims look for events in the lives of Allah’s vicegerents that contradict reality e.g. Miracles, and wish to base their beliefs on these events.