Syed (A.S) and the Star of David

Syed (A.S) and the Star of David

Frequently Asked Questions › Category: Exegesis › Syed (A.S) and the Star of David
0
Vote Up
Vote Down 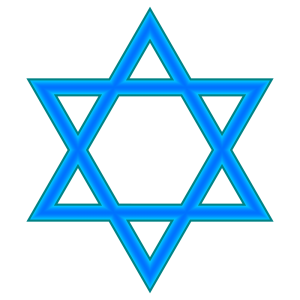 I have read the Syed (A.S) claim he is the inheritor of the Star of David, how is that the case?

It is well a known fact that the 6 pointed star originated well before the current state of Israel and Zionist movement. It was present in the famous drawings of the Sumerians and is not only present on the shrine of Imam Ali as but also on the box of Syedah Fatimah as.

As explained in Al Mutashaabihat (The Allegories) vol. 1

Question 100: it being Allah’s choice, not the choice of Syed Ahmed Al Hasan (as).

Question 169: the star comprises two triangles, one the arc of ascent, depicting how man lose themselves in Allah’s remembrance, then return to self and ego; then the arc of descent, which is the journey of man from the spiritual world to the physical, then returning to the spiritual.

To summarise, the Star of David depicts many important things for message of Allah to mankind, hence, it is not the inheritance of anyone but divine represents of Allah on earth, which is the family of the Prophet Muhammad, specifically Syed Ahmed Al Hasan (as).

The tomb of Imam Ali (as)

The box of Syedah Fatimah (as)

An Egyptian plate with the star

Assyrian seal from the treasure of Nimrod

6 pointed star at the Palace of Knossos, Crete