Language of Adam and factors required for humans to talk

Language of Adam and factors required for humans to talk

Frequently Asked Questions › Category: Language › Language of Adam and factors required for humans to talk
0
Vote Up
Vote Down

What language did Adam (A.S) speak and how did humans first learn to talk ? 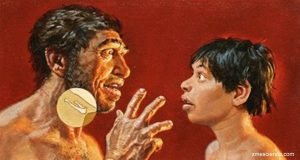 Language of Adam as

The language of Adam (as) is a discussion point within the current research of the Ansar and there are two papers currently already published by the IHELRS that start to tackle this topic.

Both papers are in Arabic and the links to them both are given below. Once the English translations are available they will also be shared.

Some key points to note:

Since Adam was living in a community that migrated from Africa and language is key in order to communicate between community members, we can conclude that Adam spoke a language with his other community members that predates modern languages. It is possible that today’s languages spoken in the region of the Middle East bear resemblance to that originally language in part, however, as we know languages always evolve so we do not know the name of the language, nor do we currently have any written documents that have survived since then.