The Qur’an and Morphology & Grammar

The Qur’an and Morphology & Grammar

Hamza Staff asked 2 years ago
Do you have to learn special morphology and grammar to understand the Quran properly? 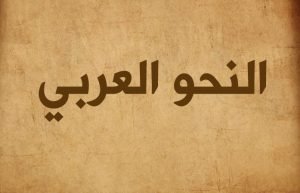 This question has been answered several times by the Syed as and other Ansar, however, we give some points here:

Whoever immerses themselves in the search of grammar, will be bereft of tranquillity (Imam Sadiq as)

When Imam Al Sadiq as was reciting the Qur’an in front of one of his companions, he recited a word in the Qur’an in apparent contradiction to what the apparent rules of grammar were:

“If you would just look into the Arabic (i.e. the way you are reading it)”

…The Imam (as) replied

“I do not need your rot”

Having said the above, there are benefits in learning grammar, since, they can aid in understanding the message of the text, however, it is not a divine law that is to be upheld no matter what, but these rules have been formed, based on what grammarians have observed in the Qur’an itself. But the Qur’an itself was not revealed according to such rules.