What are some of the common phrases the Syed (A.S) uses in his literature?

What are some of the common phrases the Syed (A.S) uses in his literature?

Frequently Asked Questions › Category: Language › What are some of the common phrases the Syed (A.S) uses in his literature?
0
Vote Up
Vote Down 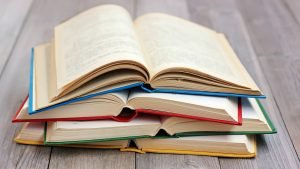 Anis Staff answered 1 year ago
Some commonly used phrases are given below.

Divine appointment: used in the context of divine leadership e.g. Imam or Vicegerent

Divinely appointed by Allah: describes the method through which a divine leader has been appointed

Allah’s vicegerent in His earth: the person with ultimate divine authority on the earth

Blessed Will: the written will that the Prophet Muhammad pbuhahf had written by Imam Ali the night he passed away

Imam: leader, typically refers to a divine leader, although it is also used in a more general sense to denote someone who leads the congregational prayers

Nabi: Someone who receives ‘news from heaven’ in the form of divine dreams or direct inspiration