Imam Mahdi correspondence during the periods of occultation

Imam Mahdi correspondence during the periods of occultation 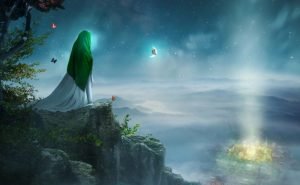 Who was Al Imam Mahdi (A.S) in contact with during the periods of occultation? Why were these people selected?

All were contacted due to their utmost piety and their trustworthiness, which would be instrumental in ensuring the continuation of the traditions and wisdom of Aal Al Bayt.

The well known correspondents as reported by Shaykh Al Tusi are as follows, although there is no narration that restricts them to just four:

Some of those known correspondents during the Greater Occultation are:

There are specific books written by Shia scholars relating accounts of

Shias being visited by the Imam as (Bahrain story, Habib Ibn Mahyaar)

The well known meeting of Mar’ashi with the Imam

Al Bazoofari: one of the narrators of the holy will, who is mentioned by Shaykh Muhammad Sadiq Sadiq Al Sadr

Couple with the fact that the narration that states the Imam curses those that claim to have seen him, as being both a single narration, as well as misunderstood and needing interpretation from the clear statements provided earlier.

Hence, there is no doubt that the Imam as met with many individuals, married, settled, had children, corresponded with scholars and laymen, but did not announce his official return, hence, all of the narrations held true.

For further discussion on this topic, the Saviour Channel has published programs that discuss this topic and can clearly remove any doubts that modern day Shias have on this topic.