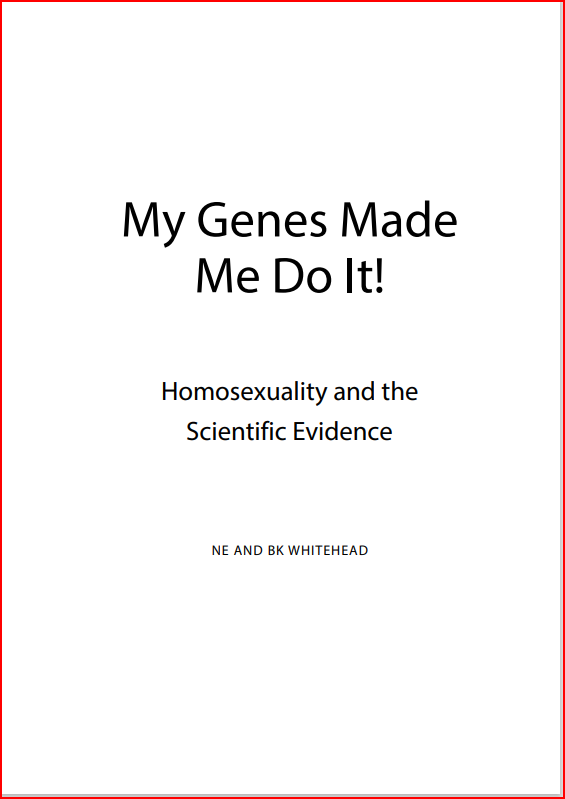 My Genes Made Me Do It! (the title is facetious) is an attempt to place in the public arena the scientific facts about homosexuality—particularly the information that the homosexual orientation is not inborn or hardwired, and that sexual orientation can naturally undergo huge change.
The West has been subject to such a campaign of misinformation and disinformation in the last 20-30 years that its public institutions, from legislatures and judiciaries to the church and mental health professions widely believe that the homosexual orientation is innate—in the sense of biologically imprinted—and therefore unchangeable.
The implications of this are that anyone who makes the following scientifically true statements is considered to be the one who is misinformed.
sexual orientation is not inborn but develops over some years in response to an individual’s response to life events—as many human predicaments do
homosexual orientation can change, i.e., half the homosexual population naturally moves towards heterosexuality over time (without any therapeutic interventions), and further and faster with counselling and support
The same-sex-attracted are not 10% of the population but (including bisexuals) much closer to 2.5%.
The West has lost its way on this issue, and today we are seeing the outcome.